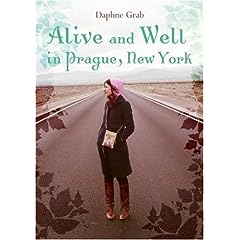 Each time I start a rough draft I have this fantasy that if I plan it just right I can avoid major rewrites. If I think every plot and subplot through carefully enough, then my rewrites will be some gentle edits and a word added here or there. But never, ever does this happen. No matter how much thought I put into a story beforehand, my rewrites always end up being the kind that involve ripping chunks out of the story, stuffing in new chunks and sewing the whole thing back together into an entirely new book.

My rewrites start with my writing group, the Longstockings, who are all amazing editors. They come up with ideas that are major but also exciting, the kind of critique that makes you think, “man, that is going to be SO much work, but it’s going to be SO much better after I do it!” We’re talking things like, “do you really need this character? How about you just cut her out,” and “what if the main character did this on page 20 instead and the whole story went in a new direction?” The kind of things that mean dissecting the story, creating new parts and putting it back together.

It’s the putting it back together that is the hardest part for me. You have these great new pieces but they have to tie into the other sections and flow all together. Like when you cut a character, all references have to be totally removed, new scenes have to take the place of ones that used the character to move the plot forward, etc. It’s like performing surgery on internal organs. Old liver, heart, pancreas are removed and the new ones have to be set back in just so, and reconnected to all the veins and arteries so that it can function as a whole. Leave a few veins hanging and none of it works.

Inevitably there are places that just don’t work, no matter how hard you try to sew them back up. What does that mean? You guessed it: more revision.

But after it’s all set and I’m thinking it’s perfect, it goes off to my editor who comes up with a whole new set of changes. My first editorial letter on ALIVE AND WELL IN PRAGUE, NEW YORK was seven pages, single spaced. And my editor is not wordy: there were real changes in there. But good ones, really good ones. It was like she saw the heart of the story and culled away the dead wood, gave me seeds of new ideas and together we made it the story it was meant to be.

Not that we got it all right that first time. My next letter was four pages, single spaced. Four full pages. But we were getting closer and after a ton of work, we ended up with a story that we’d both sweated to make and that we both felt proud of. And that made all the work worth it.

Look for these other 2k8 Stories: