Every Novel Needs a Scene

In my WIP, I need to write a big scene: cast of dozens, culmination of major plot threads, emotional high for major characters.

Big scenes should be a part of every novel, because there should be places where characters, plot events, outer and inner narratives arcs, and subplots intersect. The climax of the story, at least, should be big. Big as in it takes up a lot of space, covers more pages than other scenes. Big as in it impacts the lives of the characters, representing a major turning point.

Decide What Type of Big Scene Your Story Needs

Sandra Scofield’s little treasure of a book about scenes, The Scene Book: A Primer for the Fiction Writer, has a whole chapter devoted to just such a scene. 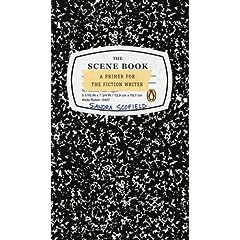 It was immediately clear to me that I wanted the small focus scene. The interaction between the two main characters was indeed the point of this scene, although it would take place within the context of a community gathering. They would have conversations and interactions with minor characters; in fact, a couple of subplots would either wind up or would have a strong plot point. But these two characters are the pivot point of everything happening.

Planning a Big Scene for Your Novel

Scofield suggest you plan the beginning, middle and end of such a scene, to make sure enough happens in each section, and to make sure you can manage all the characters.

I also have a good idea of the emotional reactions of my main characters as the tensions between them rise throughout the scene.

I think, I’m almost ready to write that big scene.