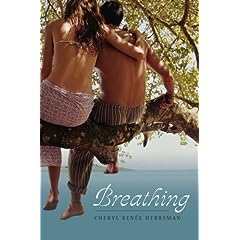 Will This Novel Revision Change My Vision of the Story?

Revision is such an interesting subject. In college and graduate school (in psychology) it was always something with which I struggled. Revision felt to me like I just had to change what the professor wanted me to change to please him/her. And as I did that, I found that the story or novel felt less and less my own.

Agents say, “Drop that character.” The first literary agency that expressed interest in my novel, Breathing, asked me to do a revision. They made a number of suggestions and I worked hard at incorporating the revisions I believed would make the book stronger (such as developing the character of Mama further). But they also wanted me to drop one of the key characters (DC) from the novel. And that was something I just couldn’t do. While they praised my work on the revision, they rejected the novel. This made me wonder if I was going to have to give up my vision for the book, but I pressed on.

Next agent loves novel, as is – and sells it! The next agent loved it as is and sent it out to publishing houses immediately. The book sold quickly, which was very exciting.

Editor requests revisions. When my editor sent a revision letter for my book, I became nervous. What would happen if I didn’t make every change? Would it be tolerated? I decided to hope for the best.

Will Herbsman’s vision of the novel stick? I made all the revisions I believed strengthened the novel (such as giving Savannah a summer job so she spent less time moping, revising the timeline for the program in the mountains so it made more sense, increasing Jackson’s passion for his painting). And I didn’t make the other changes in my book – the ones that just didn’t feel right to me on some gut level (such as removing Savannah’s visions or her saving Jackson from the train). And I sent it in. And . . .

. . . the editor loved it. And she told my agent how impressed she was that I stuck to my own vision of the story and didn’t make every change she suggested. That felt huge to me.

So what I learned with this first book is that it’s important to make changes, yes, but it’s also crucial to be the one holding the vision of the story that gave itself to you.